Sultan Firoz Shah Tughlaq was a ruler of the Tughlaq dynasty, who reigned over the Sultanate of Delhi from 1351 to 1388.

Tughlaq was a fervent Muslim and adopted sharia policies. 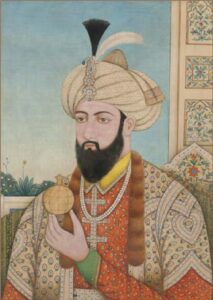 The Hindus thronged in clusters after clusters and groups after groups and were glorified by the glory of Islam.

And likewise to this day of ours, they come from far and wide, embrace Islam, and Jizyah is off from them.

The greatest and best of honors that I obtained through God’s mercy was, that by my obedience and piety, and friendliness and submission to the Khalifa, the representative of the holy Prophet, my authority was confirmed; for it is by his (Caliph’s) sanction that the power of the kings is assured, and no king is secure until he has submitted himself to the Khalifa, and has received a confirmation from the sacred throne.

Muslim and infidel women used to visit sepulchres and temples, which led to many evils. I stopped it. I got mosques built in place of temples.